Wow. Has it really been nearly 5 years since I posted here? I need to fix that!

My photography remains a hobby but I have moved from a place where I’d shoot anything and everything around me to one where other aspects of my life have left me with less time to shoot and process and promote. I am relatively(?) active on Facebook, but Flickr (where I used to be really active) has become more of a means for me to share large bodies of work I create for certain groups through volunteer work (such as Girl Scouts). I’ve also chosen to close down my SmugMug account – the expense of keeping it live was not worth it. There are other ways for me to sell my photographs and I just didn’t have the time to keep it up-to-date. Plus, with SmugMug and Flickr being owned by the same company now, it made no sense paying two subscriptions to the same company when all I really want to do is share my pictures.

Anyway – going forwards I will try and update this site with some sort of frequency – it certainly won’t be every day. It is more likely to be weekly at best, but I will endeavor to keep it coming!

On the subject of photography and photographing things I love, this time of year a very special thing can happen at Yosemite National Park. Known affectionately as the “Firefall”, for a short time window in the second half of February the light of the setting sun shines at such an angle that it hits a seasonal waterfall that flows from the top of the cliff to the east of El Capitan and makes it look like a stream of lava or embers is flowing down the rock face.

For this to happen, you need water in the seasonal waterway that feeds Horsetail Fall, you need an unobstructed sky to the west so the light from the setting sun can actually reach the water, and you need for there to be no obstructions such that the water actually flows into the waterfall. With the recent weather we have been having here in California, there is plenty of water to feed the falls, but thanks to the extreme cold weather we have been seeing recently, the water has frozen and the falls are not falling!

To add to that, there has been significant snowfall in the Yosemite Valley itself, which has led to limited parking opportunities, and anyone wanting to see the “firefall” will have to park back at the Yosemite Valley Lodge (close to Yosemite Falls) and will have to hike a couple of miles in the snow to the best viewing spots; Mother Nature is doing her best to carry out some crowd control for this now overly popular event. This event draws many spectators every year, most of which are photographers. To get a good photograph of the event you need some serious gear including tripods and long lenses, and something to sit on, as to get a good view you need to get there fairly early in the day. Lugging all of that, across deep snow, for a couple of miles, and then back again in the dark, is likely to put off many visitors that would have made the trip in milder weather.

For those that do make the effort, if everything aligns, it is a truly magnificent sight that is hard to comprehend even if you understand all of the elements involved in making it a reality.

I will be watching conditions in the park closely over the next week. If they change I will likely find myself heading there this year to try and get a shot or two, but if conditions remain as they are as we get closer to March I’ll forgo it this year. Once you get past February 24 the angle of the light from the setting sun changes such that it doesn’t hit the waterfall any more and the “fire” is extinguished, until next year!

Hobbies, Photography, Travel
← Wake up (early) and feel the sunshine Most Faved… → 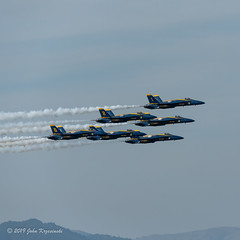 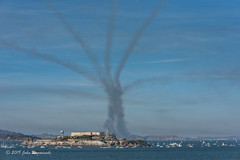 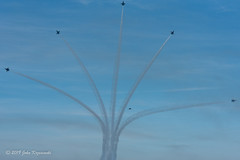