Random rant number 5: Why do bad things happen when you’re in a position to do nothing about them?

If you’ve been reading any of my postings so far, you’ll know that there’s most of the landmass of Northern America plus the Atlantic Ocean currently separating me from my family….

So why does my daughter’s computer wait until I’m 2 months away from my next visit to the UK to die?

… and why does it die in such a way that it’s the most painful problem to deal with (a fault on the hard disk that’s stopping it from booting)?

A couple of days ago it apparently started booting so far into Windows then it’d simply reboot. The crew back in the UK tried various recovery options that did absolutely nothing, then eventually we decided that the Windows installation must be screwed and so opted to re-install Windows.

So it goes through the boot from CD, runs the initial setup, copies the Windows setup files to the hard disk and then reboots, then gives a disk error on reboot, and it’s now stuck there. We can boot it from CD, we can load the recovery console, we can see files on the hard disk, but we can’t convince it to boot from the hard disk now.

If I were physically at the computer I could probably work this one out, but trying to diagnose it remotely and work with someone else’s hands and eyes is just not doing it.

So we’re stuck. There’s no one particularly computer literate in the family back in the UK (not computer literate enough to sort this out anyway) and I can’t get back there for 2 months. They could spend a load of money and have some computer ‘specialist’ look at it and try and sort it out. They could ask around to see if someone close there thinks they have the requisite skills to deal with this as a favour. They could whip the disk out and ship it to me and I could try and recover it here (or copy what’s accessable to a new one and ship that back). They could ship the whole computer over and I could deal with it and ship it back. Or they could wait 2 months.

And in the meantime, my daughter can’t get to the files she needs that are on the computer to do her college work. 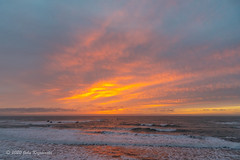 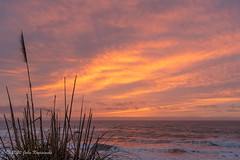