Remembering the day our world changed…

Light a candle…, originally uploaded by Images by John ‘K’.

10 years ago today I was driving away from a building in Liverpool after having successfully completed a visit to a customer. I had the radio on listening to my usual afternoon station when I heard the news that a plane had flown into one of the towers of the World Trade Center in New York.

I stayed listening to the radio as they switched from their normal broadcast to reporting the events as they happened, and I continued to drive home in shock as that day’s events played out.

Still not entirely believing what I was hearing, as soon as I got home I turned on the TV, and there was no escaping the reality of the situation – on every channel there were clips of the attack, showing in shocking clarity. It was like watching some disaster movie where running through your head as you watch is the thought “but surely no-one would actually do that”, but this was real and someone had, and our world began to transform as a result.

10 years on our world has changed. It is arguably safer, but not without cost. The free world became less free as everyone came to the stark realization that the determined actions of a handful of people could cause such death and destruction.

Recently the world also watched in horror as the earthquake and tsunami caused death and destruction on an even greater greater scale, but that was mother nature at work showing us that we all live on a fragile planet. It didn’t deliberately choose its target because of fundamental differences between cultures and beliefs. It didn’t act because of a deeply felt hatred for people that followed a different way of life to its own. Natural forces shaped that disaster, and so while the victims of that disaster also deserve to be remembered, they will not be remembered in quite the same way as the victims of the attack that took place 10 years ago today.

When I originally posted this picture, it was on Remembrance Day 2009, and I accompanied it with a poem that I found on the Internet, which seems to fit today’s mood as much as it did on that day…

Light a candle for those we mourn.
Into a new life they will be born.
Do not look for them at the gravesite.
They are somewhere else radiating their beautiful light.
They have gone to a new world where there is no darkness, no pain.
Their light and essence will always remain.
Light a candle for those who have left this mortal place.
They are free to travel through time and space.
When we think of them, they are near.
When we sit in a beautiful garden. Their voices we hear.
When we listen to a divine symphony,
We close our eyes, their faces we see.
Light a candle for they have not really gone.
With each flickering flame, in your hearts they will always belong.

May we never forget! 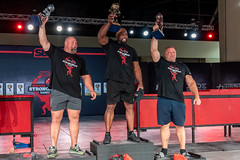 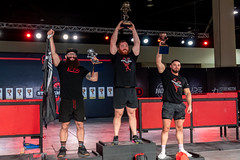